As a data scientist at Chevron, Adesola Akinfenwa '19 uses what she learned at Rice

'Thanks to the statistics department and the D2K Lab, I was well prepared.' 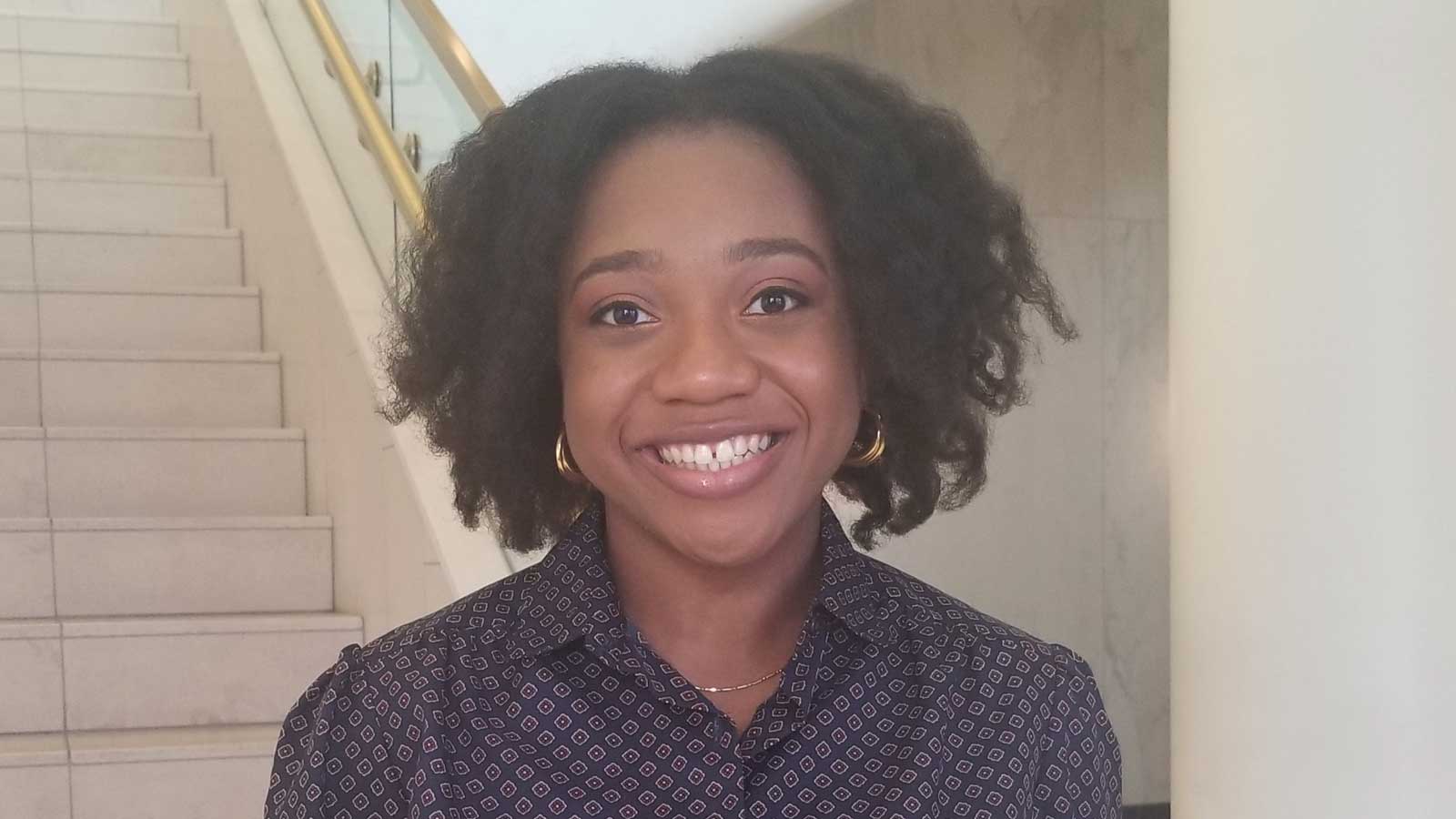 A sense of loyalty keeps Adesola “Dessy” Akinfenwa coming back to Rice University, two years after earning her degree.

“I’m grateful for the education, of course, and getting a good job, but I really do value the sense of community Rice ingrained in us. There is a feeling of friendliness and common purpose,” said Akinfenwa, who earned a B.A. in statistics (STAT) in 2019.

She now works as a data scientist with Chevron, an oil and gas company active in more than 180 countries. Her job is to analyze historical weather patterns and other data in order to better predict future market patterns.

“I’m directly using what I learned at Rice. Thanks to the statistics department and the D2K (Data to Knowledge) Lab, I was well prepared,” she said.

Akinfenwa was born in Houston to parents who had emigrated from Nigeria. Her father had been a doctor in Nigeria, and in the U.S. he trained to be a physical therapist. Her mother is a nurse.

“I had an early love for math, which my parents always encouraged,” she said. “I also had an interest in chemistry. My parents thought I might become a doctor, but I did not like the sight of blood.”

When she arrived at Rice in 2015, Akinfenwa was loosely committed to chemical engineering. “As I studied, I realized what I liked most was explaining the data. I took an intro to statistics class my sophomore year and that sort of solidified my interest,” she said.

For six months in 2017 she served as a STAT research assistant, reporting to Marina Vannucci, the Noah Harding Professor of Statistics. At a career fair in Pittsburgh sponsored by the National Society of Black Engineers, Akinfenwa was interviewed by representatives from Chevron and selected for a data science internship with the company in the summer of 2018.

That fall back at Rice, she was a D2K capstone team member on the “Genomic Basis of Alzheimer’s Disease” project. In August 2019, Akinfenwa went to work full-time at Chevron.

“I have been fortunate. Everything came together for me. Rice helped make this possible,” she said.

Last September, Akinfenwa returned to Rice as a Chevron recruiter during the Data Science Career Mixer sponsored by D2K. Her job was answering student questions and sharing her experiences as a Chevron employee.

In February, she served as a judge for the Rice Datathon 2021, sponsored by the Data Science Club and the D2K Lab. More than 300 students participated in the event, which was partially funded by Chevron.