The Department of Statistics at Rice University has established the James R. Thompson Distinguished Lecture Series in Statistics to honor the life of the Rice professor and founding chair of our department in 1987.

The goal of the series is to bring to campus internationally recognized scholars in the field of statistics to deliver talks to multidisciplinary audiences on topics of broad interest. The lecture series is supported by an endowed James R. Thompson Memorial Fund through the generous contributions of family, friends, and colleagues.

This series is NISS Sponsored​ and Affiliate Award Fund Eligible.

Due to postponements caused by COVID-19, the 2020-21 James R. Thompson Distinguished Lecture Series is schedule to take place: 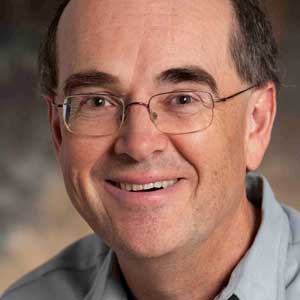 It is our pleasure to announce that Adrian Raftery of University of Washington – Seattle has been chosen to deliver this academic year 2021-22 James R. Thompson Distinguished Lecture Series in Statistics.

Adrian is the Boeing International Professor of Statistics and Sociology and a faculty affiliate of the Center for Statistics and the Social Sciences and the Center for Studies in Demography and Ecology at the University of Washington. He develops new statistical methods for problems in the social, environmental and health sciences. An elected member of the U.S. National Academy of Sciences, he was identified as the world's most cited researcher in mathematics for the decade 1995-2005 by Thomson-ISI. He has supervised 29 Ph.D. graduates, of whom 21 hold or have held tenure-track university faculty positions.

Born in Dublin, Ireland, he obtained a B.A. in Mathematics (1976) and an M.Sc. in Statistics and Operations Research (1977) at Trinity College Dublin. He obtained a doctorate in mathematical statistics in 1980 from the Université Pierre et Marie Curie in Paris, France under the supervision of Paul Deheuvels. He was a lecturer in statistics at Trinity College Dublin from 1980 to 1986, and then an associate (1986-1990) and full (1990-present) professor of statistics and sociology at the University of Washington. He was the founding Director of the Center for Statistics and Social Sciences (1999-2009).

Raftery has published over 200 articles in peer-reviewed statistical, sociological and other journals. His research focuses on Bayesian model selection and Bayesian model averaging, model-based clustering, inference for deterministic simulation models, and the development of new statistical methods for demography, sociology, and the environmental and health sciences.