Mech Lab to reopen as renovated Maxfield Hall in 2021

Robert and Katherine Maxfield and the Maxfield Foundation commit $5 million for 'gut remodel' of Department of Statistics future home. 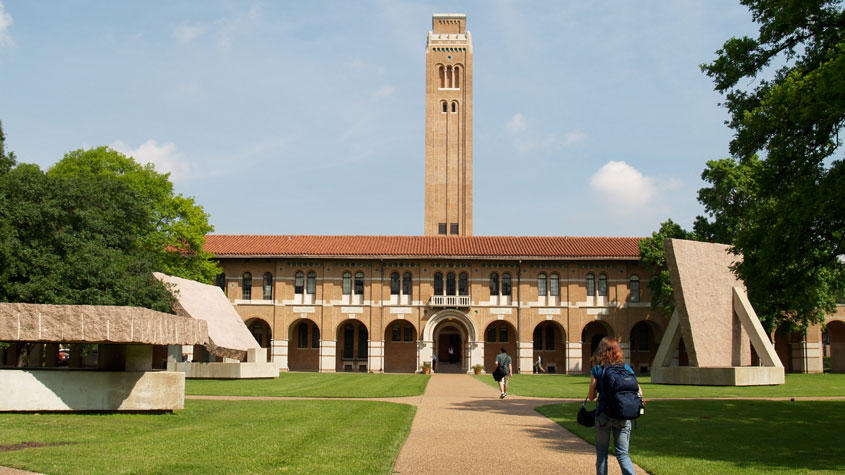 Mech Lab, one of the first buildings constructed on the Rice University campus in 1912, will receive a ‘gut remodel’ beginning this summer and will reopen as Maxfield Hall in summer 2021. It will serve as the new home for the Department of Statistics.

The Mechanical Engineering Lab’s classic exterior of brick façade, arches, and columns will remain unchanged, in keeping with Rice’s other classic buildings like Lovett Hall. The interior will be reshaped, adding classrooms, laboratory, conference room, and huddle rooms.

Robert and Katherine Maxfield and the Maxfield Foundation have committed $5 million for the renovation. Robert Maxfield earned his B.A. (1963) and B.S. (1964) in electrical engineering from Rice and his M.S. (1966) and Ph.D. (1969) from Stanford University.  He and three other Rice graduates — Gene Richeson ’62, Ken Oshman ’62 and Walter Loewenstern ’59 — co-founded ROLM Corp, named for the first letter of each founder’s surname. ROLM started operations in 1969, in Santa Clara, Calif., to design and manufacture ruggedized computers. Its focus expanded into business telecommunications, successfully challenging behemoth AT&T. The company was acquired by IBM in 1984 in the biggest deal Silicon Valley had seen up to then.

Maxfield was executive vice president and director at the time of the acquisition and continued as an adviser to the company until retiring in 1988. He has served on numerous corporate and non-profit boards since then. He founded the Maxfield Foundation in 1985 to further the cause of science and education. Katherine Maxfield, a former Silicon Valley marketing executive, wrote a book about ROLM, Starting up Silicon Valley, that was a Kirkus Best Book of 2014 and won an Eric Hoffer award for best business books.

Mech Lab, located in the engineering quad, currently houses offices for the mechanical engineering, and civil and environmental engineering departments, and the Chao Center for Asian Studies. These will be relocated when Maxfield Hall becomes the new Statistics home.

“The engineering school at Rice is growing,” said Reginald DesRoches, the William and Stephanie Sick Dean of Engineering at the George R. Brown School of Engineering. “Since I became dean in 2017 we have hired 35 new faculty members. We need more room. Thanks to Robert Maxfield, the school will be able to grow and adapt to meet the demand for much-needed space among faculty and students.” The reshuffle will free up space for the growing number of faculty, staff, and graduate students in computer science and other departments.

Among the efforts Robert Maxfield has supported at Rice is OpenStax, which provides students with free or low-cost high-school and college textbooks online and in print. Since 2012, OpenStax has saved over nine million students more than $830 million. Maxfield has been an active adviser of OpenStax since its inception. He has also served as a Rice University trustee, chair of Rice’s Financial Affairs Committee, and as a member of Rice’s Campaign Leadership and Technology Transfer Committees. Maxfield Hall will be a welcome renovation on campus, recognizing a successful, active, and generous Rice alum.