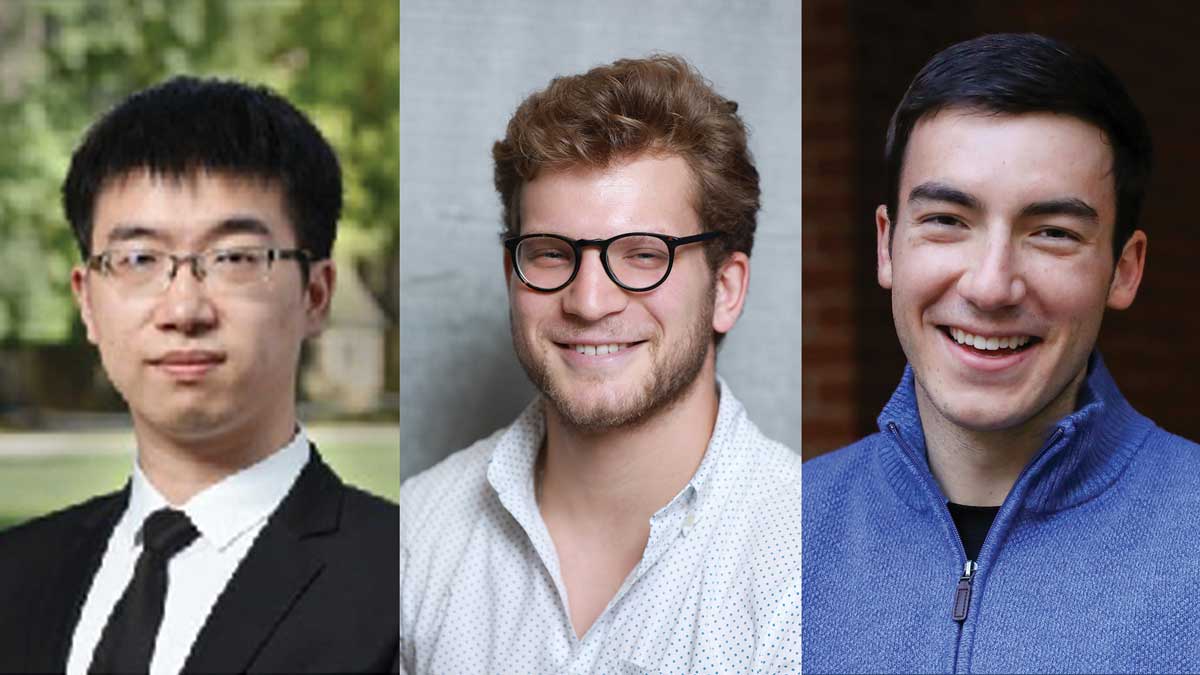 In the ASA’s Health Policy Statistics Section, Joe Feldman won for “Bayesian Data Synthesis and the Utility-Risk Trade-Off for Mixed Epidemiological Data,” which has been accepted for publication in Annals of Applied Statistics.

Brian King won in the ASA’s Bayesian Statistical Science Section for the paper "Warped Dynamic Linear Models for Time Series of Counts.” King declined the award from the Business and Economic Statistics Section because students may accept only one award each year.

Feldman’s and King’s papers were co-authored by their adviser at Rice, Dan Kowal, Dobelman Family Assistant Professor in STAT.

The students will formally receive their awards and cash prizes during the ASA’s Joint Statistical Meetings to be held Aug. 6-11 in Washington, D.C.