Handbook of Bayesian Variable Selection will be published Dec. 20 by Chapman and Hall/CRC. 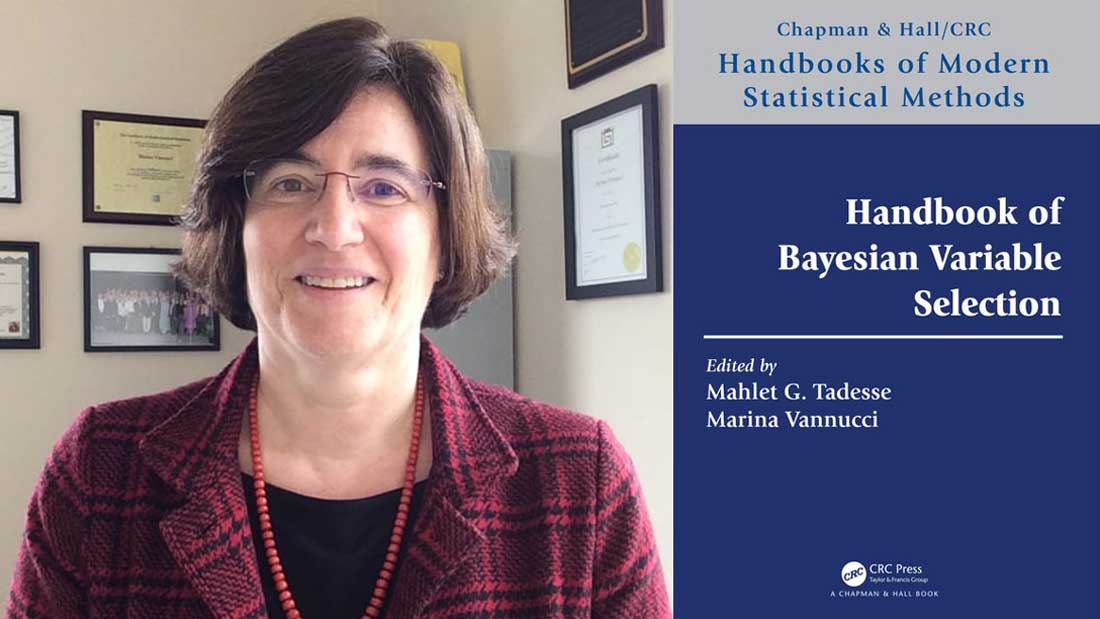 Marina Vannucci, Noah Harding Professor of Statistics (STAT) at Rice, has co-edited a textbook in the field of Bayesian statistics, her academic specialty.

Handbook of Bayesian Variable Selection will be published Dec. 20 by Chapman and Hall/CRC, and is available for pre-order. Her co-editor of the 496-page monograph is Mahlet G. Tadesse, professor and chair of mathematics and statistics at Georgetown University. Both contributed chapters covering their research.

“Bayesian variable selection has had a substantial development over the past 30 years,” Vannucci said, “with the proliferation of large data sets. Identifying relevant variables to include in a model makes for simpler interpretation, avoids overfitting and multicollinearity, and offers insights into the mechanisms underlying observed phenomena.”

Vannucci joined the Rice faculty in 2007 after serving on the faculty at Texas A&M for nine years. Her research interests include Bayesian statistics, variable selection, graphical models, statistical computing and wavelets, with applications in genomics, neuroimaging and engineering.

“Variable selection is especially important,” she said, “when the number of potential predictors is substantially larger than the sample size and sparsity can reasonably be assumed.”

Vannucci earned her Ph.D. in STAT from the University of Florence, Italy in 1996. She served as Rice’s chair of STAT from 2014 to 2019 and holds an adjunct appointment in biostatistics at the MD Anderson Cancer Center.

She is an elected fellow of the ISBA, the American Statistical Association, the Institute of Mathematical Statistics and the American Association for the Advancement of Science. Last spring, Vannucci was awarded the 2020 Zellner Medal from ISBA for exceptional service with long-lasting impact.