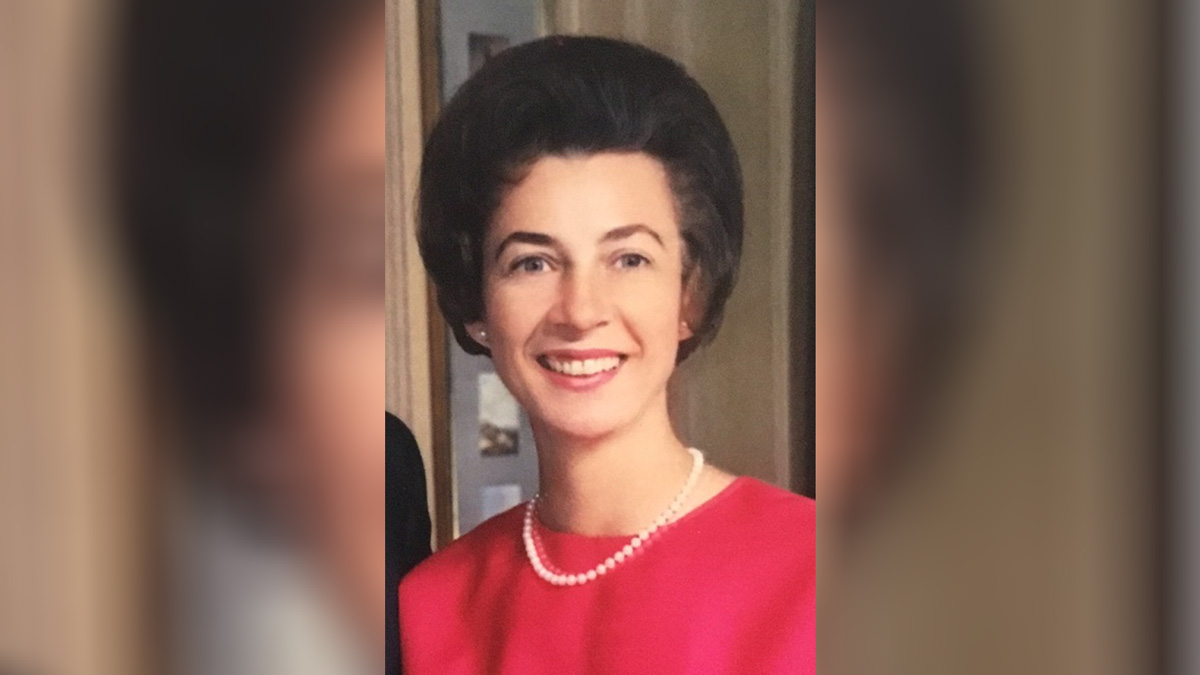 A native Houstonian, Dobelman was the executive director, treasurer and assistant secretary of the Brown Foundation, Inc. from 1979 until her retirement in 1997. She was also a Texas licensed certified public accountant and managed her own accounting practice and served as a non-profit management consultant.

Kay was known for her quick-witted, personable nature and for her passion to create opportunity that strengthened communities. She was an extraordinary leader whose grantmaking and administration reinforced the foundation’s mission and created long-lasting programs in art, education, and medicine.

Born July 8, 1926, Dobelman was the only child of Raymond Meek Bayless and Lillian Evesta Hudson.  She graduated as valedictorian in 1943 from Houston’s St. Agnes Academy, a Catholic Dominican college-preparatory school for young women. She earned a B.A. in chemistry with distinction in 1946 and a Master of Accounting in 1947, both degrees from Rice University.

Dobelman had a way with words. She was a highly sought-after moderator and invited to speak at many local, state and national conferences, colleges and universities. She was a member of several professional accounting and fundraising organizations, and maintained her CPA license for two decades into retirement.

Rice has always been an integral part of the Dobelman family’s lives in many ways. Kay Dobelman met her late husband, Gerard (Gerry) August Dobelman, a U.S. Navy World War II veteran, during her studies at Rice. He had already earned a B.A. in chemical engineering in 1942, and had returned from service to complete a B.S. in chemical engineering in 1947. They met at a family gathering and were married on December 26, 1945.

Before his passing on January 4, 1976, Gerry Dobelman was an executive at Brown & Root Inc., which had emerged from the war as a major U.S. construction company and had begun to distinguish itself as a leading industrial services contractor.

Kay Dobelman invested in and served on the board of the Association of Rice Alumni from 1997-2000, the advisory board for the Shepherd School of Music, and the Friends of Fondren Library board. She was a member of the William Marsh Rice Society, a member of the Owen Wister Literary Society (OWLS), and was a Rice Associate for the university’s residential college system. In honor of her lifelong service and dedication to the university, she was awarded the Meritorious Service Award by the Association of Rice Alumni in 2007.

As an alumna and devoted supporter of the St. Agnes Academy, Kay Dobelman served as a trustee for the school’s foundation from 1998-2005 and was an Emeritus Advisory Council founding member from 2013-2014. She established the Mary Katherine Bayless Dobelman Scholarship Endowed Fund in support of financial aid, and was awarded the Guardian of Youth Award in 2005.

Kay was an astute businesswoman who brought invaluable knowledge, insight and clarity to the foundation board. Her counsel shepherded St. Agnes’ financial direction while her generosity and philanthropy gave many Houston-area young women the opportunity to receive an outstanding education.

As a committed community volunteer, Kay served on the boards of the Conference of Southwest Foundations, Communities in Schools-Houston, the Texas Inter Scholastic League Foundation, Interfaith Ministries, St. Francis Episcopal Church, and Houston Achievement Place. She was also a volunteer consultant to the United Way of the Texas Gulf Coast, to many of Houston’s arts and theater companies, and numerous organizations in Houston and throughout Texas.

The Dobelmans were the parents of three sons. The two sons who predeceased their father were William Bayless Dobelman and Steven Gerard Dobelman.

John August Dobelman survives his mother. He is a professor in the practice in statistics, director of the Professional Master in Statistics program, and co-director of CoFES at Rice. Like his parents, he earned all of his degrees at Rice: a B.S. in electrical engineering in 1979, an MBA in 1985, and a Ph.D. in statistics in 2004.