Nicolas Salgo Distinguished Teacher Award is the oldest award given to faculty members at Rice. 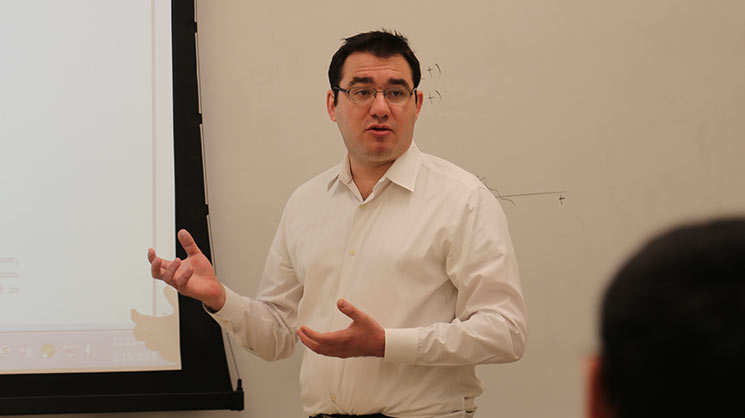 Philip Ernst, assistant professor of statistics, is the 2017 recipient of the Nicolas Salgo Distinguished Teacher Award, the oldest award given to faculty members at Rice University.

Ernst earned his Ph.D. in statistics from the Wharton School of the University of Pennsylvania in 2014, and joined the Rice faculty that same year. He will receive the award during the university-wide Teaching Awards Ceremony hosted by the Center for Teaching Excellence. The event will be held in McMurtry Auditorium, Duncan Hall, on April 25 from 3 to 5 p.m. A reception will follow in Martel Hall.

Last year, Ernst was the recipient of the Sophia Meyer Farb Prize for Teaching, given annually to one Rice assistant professor for excellence in teaching. In 2015, he received the Graduate Student Association Teaching/Mentoring Award, given annually to two faculty members.

The Nicolas Salgo Award, funded by the Noren-Salgo Foundation and Rice, has been given annually since 1966.  Voting for this award, which goes to one faculty member from the entire university, is done by the current junior and senior classes. Ballots are distributed by the Office of the Dean of Undergraduates and the final selection is made by the committee which also decides the Brown Teaching Awards.