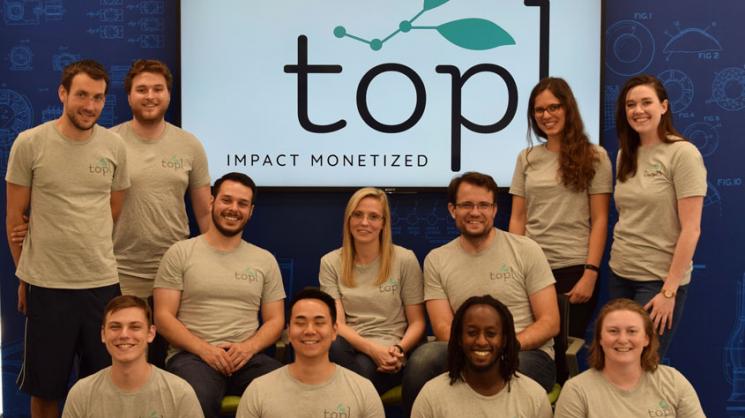 To understand blockchain technology, try thinking of the rules that regulate evidence custody in a criminal investigation.

Evidence is collected, recorded and secured to avoid even the appearance of tampering or contamination. Every step is scrupulously accounted for, so what judge and jury see is, beyond a reasonable doubt, credible and true.

“What our system can do is guarantee that products marketed, for instance, as fair trade or sustainable actually come from companies paying their workers a living wage or using environmentally friendly practices. Our technology verifies the claims companies make,” said Kim Raath, a fifth-year doctoral student in statistics (STAT) and master’s degree student in economics at Rice University, and co-founder and president of Topl.

Planned since 2015 and formally founded in 2017, Topl (a pun on “topple” and a play on “topology”) is a blockchain company aimed at “ensuring transparency and security” for businesses, Raath said. Her partners are CTO James Aman, who earned his Ph.D. and M.S. from Rice in atomic/molecular physics in 2019 and 2016, respectively, and CEO Chris Georgen, who received a B.S. in chemical physics and a B.A. in mathematics and philosophy from Rice in 2016.

Topl already has clients in the U.S., South America, Canada and Africa. A Dutch spice company, Verstegen, uses the Fairfood platform powered by Topl to certify its nutmeg business, starting with farmers and the processor. There is no direct human involvement. Everything is automated. Algorithms do the work.

The virtual spice is given a numerical/alphabetic ID, entered into the blockchain system and the processor certifies the amount of nutmeg delivered. The farmer receives a text message asking him to certify that he was paid, and the nutmeg continues on its path to the customer.

Topl has raised more than $1 million to support its 12 employees and continue developing its technology.

“Our goal,” she said, “is to build a blockchain that revolutionizes the individual’s relationship to trust in society.”

Raath was born and raised in Pretoria, South Africa, where in high school she was a two-time national heptathlon champion. She came to the U.S. on a full NCAA Division I track and field scholarship, attending Arkansas State University, and graduated with a B.S. in mathematics in 2014, minoring in STAT and biology.

That year, Raath joined Rice 360° Institute for Global Health as the program associate for the Beyond Traditional Borders program. In 2015, she enrolled in the STAT doctoral program and the master’s degree program in economics. In her first year as a graduate student she joined the Kinder Institute Urban Data Platform at Rice, where she managed a team of 10 data science interns. Raath expects to graduate next spring.

While at Rice she has been a National Science Foundation Graduate Research Fellow. Her adviser is Kathy Ensor, Noah G. Harding Professor of STAT and director of the Center for Computational Finance and Economic Systems.

The Texas Coastal Exchange, a nonprofit that enables companies and individuals to make donations to offset their carbon footprint, is another Topl client. The gifts are turned into grants given to farmers who protect their marshlands to improve carbon storage.

“So many people are trying to change the world,” Raath said. “We want to help them prove it. I want to be a hands-on person for a better world.”